Southern California Edison (SCE) has abandoned plans to restart its two nuclear reactors at San Onofre. The announcement this morning comes exactly one week after termination of operations at the Paducah, Kentucky, uranium enrichment plant, which for decades had provided the fuel for San Onofre. It drops the number of operating nuclear reactors in the U.S. below one hundred for the first time since the early 1980s.

The San Onofre decision ends 18 months of wrangling between the utility and environmental opponents, after serious leaks were detected in a steam generator that had been newly installed. The news release by SCE has a detectable tone of relief that the company will no longer have to defend the indefensible. Similar tones have emanated from the Washington headquarters of the Department of Energy (DOE) around the Paducah decision, sending a message that the era of illegalities involving USEC privatization may be nearing an end.

The Paducah and San Onofre shutdowns have a number of important connections beyond that the former facility provided the latter with fuel, and that the two sites are located in earthquake red zones. In both cases, the Nuclear Regulatory Commission (NRC) proved itself incompetent and incapable, unable to take the most basic actions to insure nuclear safety. NRC should have flatly denied the San Onofre reactors permission to restart, and NRC should have revoked USEC’s operating license at Paducah after the company clearly could not meet financial capacity requirements. But the NRC failed in both cases, locked up in a kind of containment cell of quantum indeterminacy. Schrodinger’s cat, dead or alive, could do a better job of regulating the nuclear industry than the NRC as now constituted.

The news in both the California and Kentucky cases also goes to show that the Attorney Age has banished the Atomic Age. The most important line in the SCE news release is the last one: “SCE intends to pursue recovery of damages from Mitsubishi Heavy Industries, the supplier of the replacement steam generators … ” Likewise, USEC filed suit against the Department of Energy on May 30. Nuclear energy, once billed as providing unlimited power, is fulfilling its promise—the power of lawyers. “Don’t radiate: Litigate!” may be coming soon to a button or bumper-sticker near you.

And then there is the future marketing linkage. USEC has long been in financial decline, but its fortunes took a precipitous plunge after its star customer, TEPCO—the utility that had headlined demand for new nuclear fuel services—had that little mishap in Japan, a mishap that might have been worsened, by the way, by contaminants in the USEC-supplied uranium fuel. With Japanese customers gone down the uranium drain, USEC fell back on the booming American market. Booming in a virtual-reality gaming way, that is. The San Onofre decision lowers the boom on demand for future sources of enriched uranium, just when USEC says it will apply for a new $2 billion federal loan guarantee to build a new enrichment plant.

Good luck with that.

This article is something that is hard to come by in this day and age, good news. It seems that maybe, just MAYBE, the US is taking a lesson from the Fukushima Daiichi disaster of 2011. Which is great when you consider the similarities:

-Both in earthquakes zones

-Both near heavily populated areas (had the wind direction been different, Tokyo may have been FUCKED)

-both in Tsunami zones

Now lets let the pictures speak for themselves. 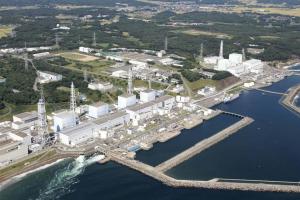 It is great news, whenever you hear about one more of these plants closing. I know many in the age of climate change tout nuclear as a “Green” option because its largely carbon neutral, but as Fukushima has demonstrated, they come with a whole whole new set of problems. When another generating station of any kind fails, the affects are largely localized. When a nuclear plant fails, the whole planet eventually swallows the residual affects (Not just the west coast!).

But though it is great to see these plants go, one has to wonder what is replacing them. Both the Japanese and the American markets are huge consumers of electricity (especially southern California in the middle of summer), so one has to wonder what takes up the slack. Renewable’s would be great, but im thinking its more likley fossil energy (coal/natural gas).

Which not only adds to the problem of climate change, but also to the destruction of mountain tops and fracking, with all the glorious affects that go with that.

So in a sense, the loss of these plants (at least at this point, where renewables are but a small part of the global energy supply), is a double edged sword.